from Two Things by ddb 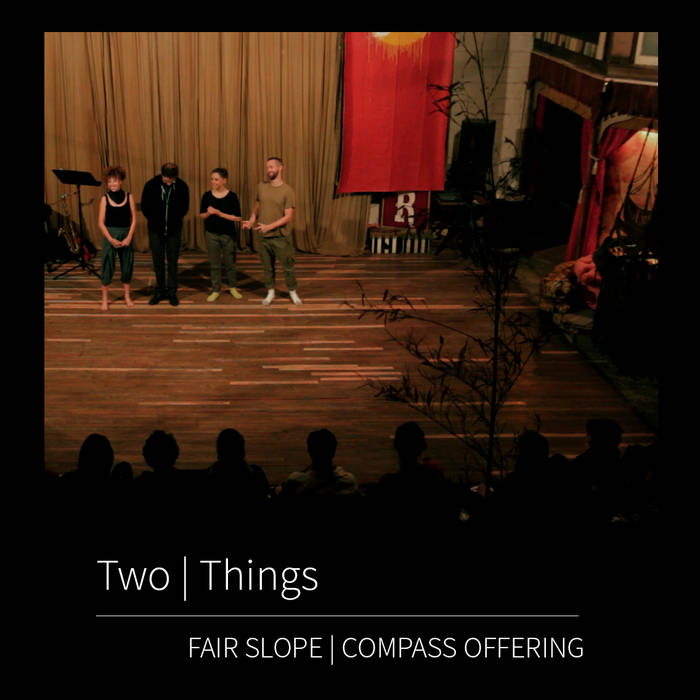 A Work by Sam Stone & Mark Clifford
Created for 3 dancers, 2 Saxophone and Vibraphone.

A work by Sam Stone and Mark Clifford

Sam Stone is a dancer, choreographer, teacher and community organizer in the Bay Area. She has worked with Kathleen Hermesdorf, Bianca Cabrera, Aura Fischbeck, Chani Bockwinkel & Leyya Tawil and is a co-producer and company member of repertoire group VîV. Her own work has been shown in several local theaters though she prefers enchanting the homes, shops & open spaces around her with movement and design. withviv.com
Sophia Chudacoff

Sophia loves to dance, play music, and spend time in nature. Her background includes working in the fields of movement education, wildlife biology, children's social-emotional learning, painting pet portraits and animal rights activism. She is inspired by the Axis Syllabus, Butoh, The Toolbox Project, the Grand Canyon and all of the matriarchs in her family. She currently teaches Pilates at The Corner Studio in San Francisco.
Mark Clifford

Mark Clifford is a vibraphonist, composer, and percussionist living in Oakland CA. Since moving to the bay in 2009, Mark has become deeply involved in the creative music scene has performed in a wide variety of groups including Aram Shelton's Sound Quartet, Oakland Active Orchestra, SF Sound, DRMS, Aaron Novik's Cosima Lissy, The Dominique Leone band, Jordan Glenn's Beak, Denny Denny Breakfast, and Bells Atlas. Mark's own group, The Dirty Snacks Ensemble, is looking forward to releasing their first record in early 2015. Mark Graduated with a B.M. in classical percussion performance from the Lamont School of Music, where he studied Percussion under CSO master percussionist John Kinzie, and Jazz theory and composition under pianist Eric Gunnison. Mark has also had the honor of studying percussion and marimba at Japan's Nagoya University with Tomomi Sugo, and has been lucky enough to study vibraphone with two of his greatest heroes, Steve Nelson and Matt Moran. Markcliffordmusic.com
Aram Shelton

Aram Shelton is a saxophonist, clarinetist, improviser and composer. Originally from southeast Florida, Shelton currently lives in Oakland, California. In Oakland the projects Sound Quartet, Tonal Masher, Broken Trap Ensemble, and Ton Trio II represent his music. He is connected to Chicago (where he lived from 1999 to 2005) through his Quartet, the cooperative sextet Fast Citizens (Delmark), and Jason Adasiewicz’ Rolldown(Cuneiform). His writing and playing is grounded in and influenced by the rich history of avant-jazz and free improvisation in America and Europe since the 1950s and has been documented through more than a dozen albums since 2003. Aram as a wild world of info on his site, maybe just link to this? www.aramshelton.com
Josh Marshall